Making a medicine. Step 3 and 4: Choosing a molecule or lead

It takes over 12 years and on average costs over €1 billion to do all the research and development necessary before a new medicine is available for patients to use.

Medicines development is a high-risk venture. The majority of substances (around 98%) being developed do not make it to the market as new medicines. This is mostly because when you look at the benefits and risks (negative side effects) found during development do not compare well with medicines that are already available to patients.

The development of a new medicine can be divided into 10 different steps. The following article covers Steps 3 & 4: Lead generation and optimisation. It takes well over 10 years of careful planning and research for a medicine to go from molecule to a marketable treatment.

This step consists of finding a molecule that will interact with the target. The molecule might come from a natural source, for example a plant, or might have been made by chemists. These are called ‘small molecules’. Hundreds of thousands of molecules will be tested to find ‘leads’ – molecules that interact with the target. Testing for leads is called a screening process. Modern robotic technology allows for ‘high throughput’ screening. This means that millions of molecules can be tested quickly. Once the leads have been generated or found, the process can move to the next step.

It is also possible to find large molecules (proteins) that interact with the target. These large molecules are much more complicated to make. They are produced by biotechnology processes and are therefore described as ‘biologics’. In biotechnology, the large molecules are produced by host cells of a living organism – such as bacteria, yeasts, or animal cells – in large fermentation vats. The proteins are then separated and purified. The purified proteins can then be used to explore interactions with the target. 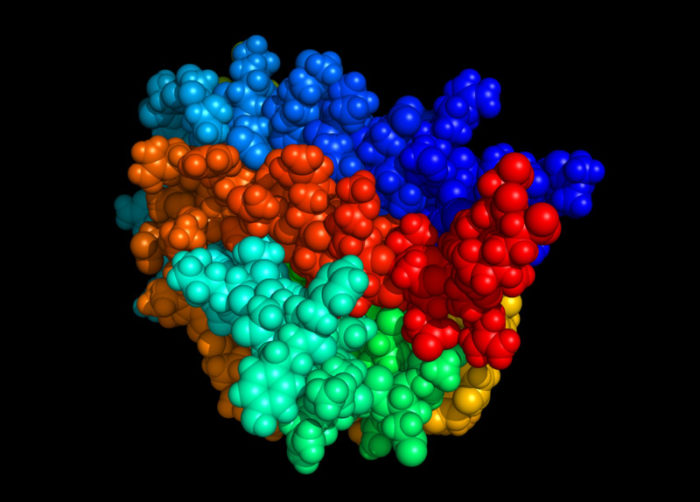 Erythropoietin is a naturally occurring protein, but it has been used as a biologic therapy in patients whose bodies cannot produce sufficient amounts of it. The cells in the fermentation vats have been genetically engineered so that they produce large amounts of erythropoietin.

Traditionally, the pharmaceutical industry produced ‘small molecules’ which were then developed as new medicines. These days, large molecules (proteins) or ‘biologics’ are also produced. Both small molecules and biologics are important in medicines development.

During lead optimisation, modifications are made to molecules to improve their effects. The screening process identifies ‘leads’ - molecules which interact with the target. However, these molecules often have only a weak effect and would not be suitable for further development. Chemists therefore alter the selected ‘lead’ molecule by adding or deleting elements. This creates a range of slightly different molecules. The molecule of an existing medicine could also be modified to improve or change its effect. Computer technology can help to design these molecules.

These modified molecules are then tested to determine which structure has the best efficacy and is better tolerated (safety). These studies help scientists gain understanding of the pharmacology of the molecule, meaning the way the molecule works in the body. The molecules with better efficacy and safety can then proceed for further testing as a ‘candidate drug’. Around this time, the scientific and technical information of the candidate compound, for instance its molecular structure and effects, are usually registered, or patented, in order protect it as intellectual property.

Optimisation of indomethacin to a potent CRTH2 antagonist. The original molecule on the left (called indomethacin) has been chemically altered (changes shown in red) to turn it into a candidate drug for a development project.

Remember, at each stage in the development process the results from a series of experiments are reviewed and a decision has to be made whether or not to proceed. A ‘go’ decision means that further investments will be made to fund the next set of experiments. If the information gathered during the experiments does not support further work, a ‘no-go’ decision is made and the project will be stopped.

A candidate medicine emerges only once the right target has been selected and the best lead compound has been identified. By this stage, the medicines discovery process will have:

The candidate compound may be either a small molecule or a biologic.